Article from the Guardian about the joys of London’s buses.

I like buses. More people should use them and then they would be nicer and go to places I need them to (like my work, that would be useful). I’m still trying for my driving licence and once I have that, the amount of time I spend on buses will be cut dramatically. But sitting on a bus, I see an incredible variety of people, from babies and toddlers to students to pensioners, and they’re fascinating. (And a little scary at times, I’ll admit).

Taking the bus makes me feel connected to my city and to the people in it. It gets me out of the safe world of my own places and the people I already know, and shows me a world of possibilities. I worry that I will lose that connection when I travel in my individually wrapped, hermetically sealed metal box.

Definitely not work-safe. And the esteemed webmaster scored 17 out of 20.

Ian requested that I include the phrase “breast enlargement” for his own pecuniary purposes.

We’ve been buying from Northern Harvest for the last couple of weeks and so far we’re impressed with the food. (It’s going better than last time we tried – I can’t remember the company but we ended up with a very large quantity of potatoes and hence potatoes boiled, mashed, fried, roasted etc at every meal. That got boring after a few weeks.)

Given that I am roughly in favour of going organic, I found a useful list that shows which items are most important to buy organically.

By James Brandon | Contributor to The Christian Science Monitor

SANAA, YEMEN � When Judge Hamoud al-Hitar announced that he and four other Islamic scholars would challenge Yemen’s Al Qaeda prisoners to a theological contest, Western antiterrorism experts warned that this high-stakes gamble would end in disaster.

Nervous as he faced five captured, yet defiant, Al Qaeda members in a Sanaa prison, Judge Hitar was inclined to agree. But banishing his doubts, the youthful cleric threw down the gauntlet, in the hope of bringing peace to his troubled homeland.

“If you can convince us that your ideas are justified by the Koran, then we will join you in your struggle,” Hitar told the militants. “But if we succeed in convincing you of our ideas, then you must agree to renounce violence.”

Now, two years later, not only have those prisoners been released, but a relative peace reigns in Yemen. And the same Western experts who doubted this experiment are courting Hitar, eager to hear how his “theological dialogues” with captured Islamic militants have helped pacify this wild and mountainous country, previously seen by the US as a failed state, like Iraq and Afghanistan.

Rest of the article here. Link supplied by the lovely Hadiya.

OK, case mods are pretty much the ultimate in geeky but this one is genuinely cute!

I’ve added it as a link cos the picture is large The full description is here. Stolen from Faolan Dubgall.

A Hannukah version of Hey Ya! (needs sound turned on).

Art by one of my favourite artists! With chickens! (OK, seasonal is stretching it a bit.) She does much else v cool weirdness (mainly featuring animals but don’t let that put you off) here.

I’ve been saving this one for a while. This is a public service to the single members of Team Spinneyhead and anyone else out there. If someone gives you an email address of whatever@papernapkin.net, she/he is trying to give you a subtle hint.

Paper Napkin is a service to help passive-agressive cowards avoid people who would like to date them. If someone random asks you for your email address so they can contact you for a date, give them an email address @papernapkin.net (write it on a cocktail napkin for maximum effect) and we will send them a rejection message. You can put anything before the @ sign in the address, so feel free to use a real-sounding name so that they’ll believe it. If they actually send a message and it’s funny and/or desperate enough, it might get posted on the best-of page for us all to laugh at.

Hugely entertaining little flash thingie. Has music, NSFW lyrics and a reeeaaallly cute bunny! What more could you want?

Courtesy of Daz and Yfandes.

Random stuff that amused me on my trawl through teh internets.

The Victorian Sex Cry Generator is an old favourite at Casa Spinneyhead but always worth reposting.

Fuck the South – a less polite version of Sorry Everybody. I’ve been less convinced about the idea of ‘red’ and ‘blue’ states (fyi Red = Republican, Blue = Democrat) since seeing these maps, particularly the purple one halfway down.

And finally, the one that has entertained me most this morning – How to turn your wife into a house cleaning machine.

HEY, GUYS! You can turn your wife into a housecleaning machine with tips from a psychologist who’s been there, done that — with five of ’em!

“I’ve lived in five different homes with five different wives and I assure you, those houses were spotless,” gloats Dr. Francois Tayler, of Seattle, Wash.

No explanation about what happened to the previous four wives. I’m voting for big divorce settlements or jail for attempted murder.

According to Ancestry.com Bush and Kerry are both related to Dracula. I have no idea if it’s true, but the animation is just strange.

Shocking bursts of posting activity from Spinneyhead’s usually bone idle contributors! Now, if we can just lure Alan and Johnny into posting, we’d have a full house in a single week!

If we do, can we get prizes Ian?

I saw this and thought of Ian. I am slowly succumbing to the house’s general geekiness but there is a line beyond which I will not go. And Marvel comic stuff is definitely over that line.

Having got that bit of protesting too much out of the way, this is actually quite funny.

Nicked from the sweet and lovely Floatyfish. on Livejournal.

I was trying to think of an ironic commentary for this but really I can’t.

From the lovely Floatyfish on Livejournal

Weebls-stuff.com have much wonderful stuff, in particular the Kenya cartoon (NSFW cos you need the sound on) which, for no good reason appeals to me deeply.

Someone felt the need to do a live action version of Kenya. Very, very silly.

(Courtesy of the fiddly pee community on LiveJournal, where people challenge each other to do very silly challenges to win fiddly pee. Which also deserves blogging.)

We like squirrels here at Casa Spinneyhead, even though the thought of seeing Ian every morning put the local squirrels off building their nest in our back garden. But, they are quite frankly, insane and occasionally evil little buggers. But damn cute. 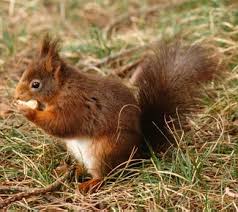 This is a silly meme which amuses me for two reasons – it has a funky “waiting” animation and the slidy buttons amused me!

Where did the time go?

Warning don’t read until you’ve seen the film. It’s not that it contains spoilers (like Titanic, the plots both well-known and signposted with really big plot signposts throughout the film) but because you don’t want to be sniggering through the film.

With thanks to the lovely Ladyjax

You can judge the political opinions in Casa Spinneyhead by how much we’re looking forward to blowing Bush up (when Ian gets round to it).

However, as the blog is just a leetle bit sex-obsessed these days, I will break away from my customary smut/sex/weirdness posts for a bit of politics from Moby.

today on cnn the jack cafferty question of the day was ‘what would you like to see Bush say in his address to the nation tonight?’

the #1 answer from viewers was ‘i resign’, and out of 600 responses only 12 were favorable to Bush.

apparently jack cafferty was very freaked out by just how much dislike there is for the job that Bush is doing.